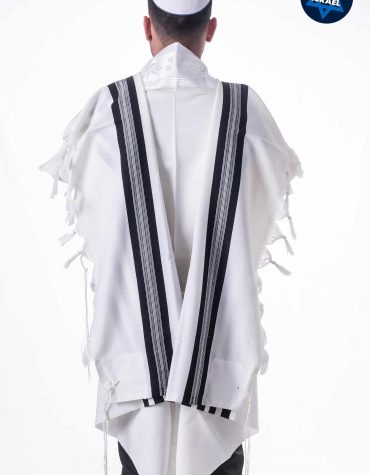 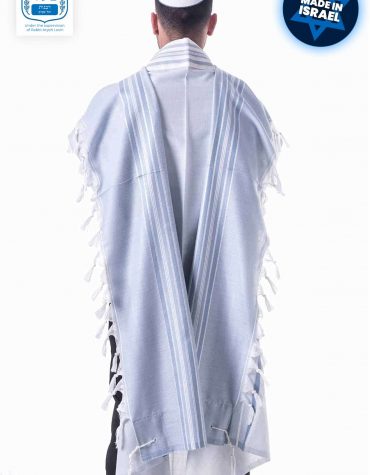 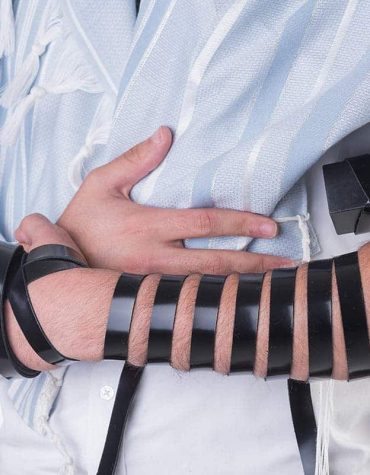 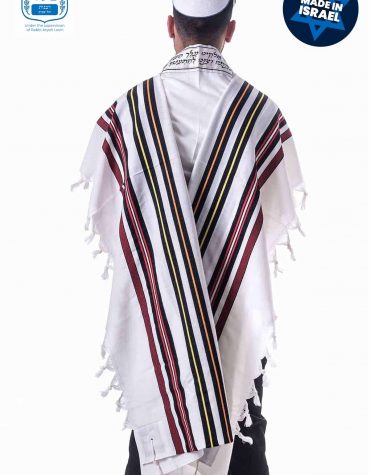 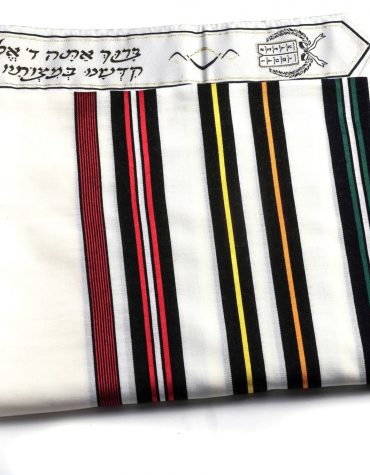 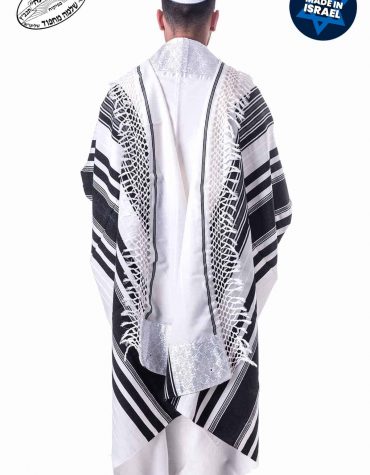 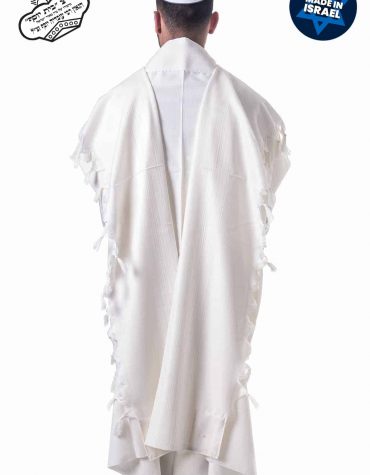 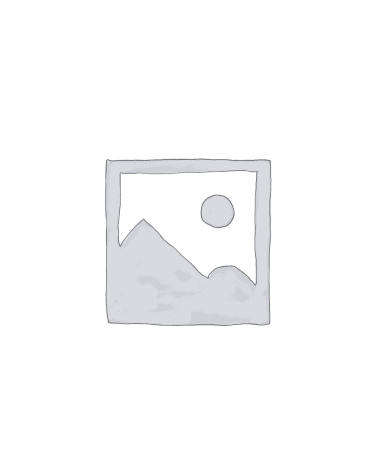 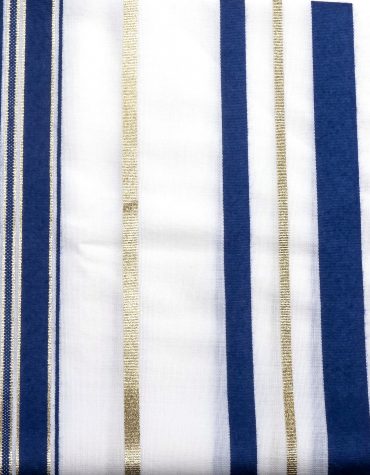 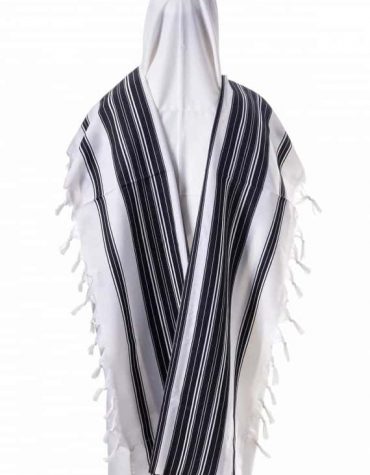 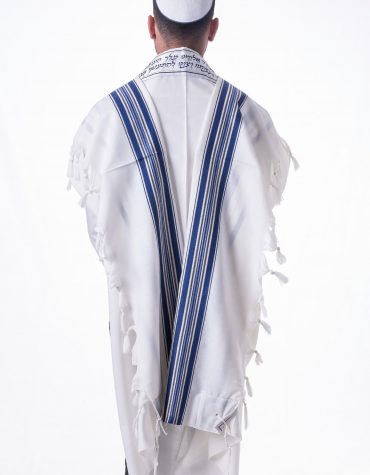 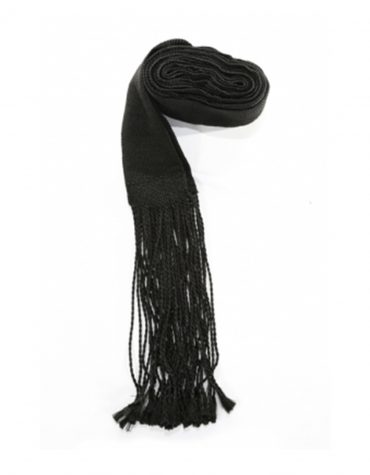 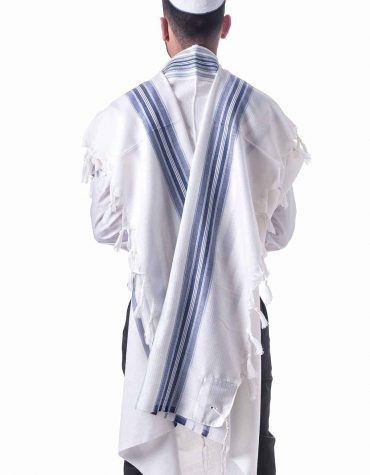 The measurements – by Mishkan Hatchelet

It is recommended first to measure the purchase of the Tallith, and thus to get ready to buy the new tallit.

Tallit – What is Tallit?

The tallit gadol is a prayer shawl used by Jewish men. Tallit can also refer to the Tzitzit. The Tzitzit is poncho-like and is often worn underneath the shirt throughout the day. The Tzitzit has fringes as well. These fringes are meant to be a reminder of God and the Commandments.

The tallit should be wool cloth, not cotton or silk. While you can have one made of silk or cotton, this is uncommon. In the Talmud, there is an opinion that the fringes should only be attached to garments of wool or linen. As the fringes are Biblically required, the ideal tallit is woolen cloth.

Another option for the stripes is dark blue. This was originally meant to serve as a reminder to pray. It told ancient Jews when it was time to pray. When a man could tell the difference between the blue and black threads, it was time for morning prayers.

When Should You Wear a Tallit?

Traditionally the tallit should be worn all day. This, however, is often not practical for most people today. Since wearing a Tallit all day is impractical, the tzitzit was created. This is a smaller, poncho-like Tallit that is meant to be worn under your clothes and you can easily wear it all day. A Tzitzit can also be called an arba kanfot, or four corners, and tallit katan, or small tallit.

It is worth noting that these rules only apply to men; women do not wear a prayer shawl. In Eastern European Ashkenazic communities, boys begin wearing a tallit katan as early as the age of three and do not wear a tallit gadol, or large tallit, until they marry.

The Tekhelet is a blue woolen thread that was attached to the tallit in ancient times. This practice was restricted to nobility and was meant to be a reminder of the man’s place in God’s “kingdom of priests.”

Why Wear a Tallit?

The tallit appears several times in the Bible. Perhaps the most important time was when God told Moses to have the Jewish people make and wear their tallits throughout the generations. God also explains the reasoning for this practice. He specifies that the prayer shawl is meant to serve as a reminder of the Commandments and the Exodus from Egypt.

While it is impractical for most to wear a prayer shawl all day, many still choose to wear smaller tzitzit under their street clothes. This practice allows them to adhere to Jewish law without the inconvenience and social stigma surrounding wearing a tallit gadol.

The tallit is meant to serve as a reminder of the Torah’s 613 mitzvahs. The eight strings and five knots of the fringes make 13. Then the letters comprising the word tzitzit in Hebrew, when matched to the corresponding number, adds up to 600. Add them together, and you have the 613 mitzvahs.

The tallit also serves as a metaphor for God’s light. The prayer shawl is meant to surround the Jew in the same way God’s light surrounds him.

When it comes to purchasing a tallit, it is recommended to spend the extra money on a high-quality tallit. After all, your tallit is meant to symbolize your connection to God and serve as a reminder of your place in his kingdom.

When purchasing a tallit, it is important to make sure that both the prayer shawl and tzitzit are wool. Several other laws are surrounding the making of a tallit, so the safest option is to purchase your tallit from a reputable, Jewish vendor who is well versed in the laws.

Some people decorate tallits with various colors and adornments including a silver Atarah, or crown, to the prayer shawl headpiece. While most of these adornments comply with Jewish law, you should always check before making a purchase.