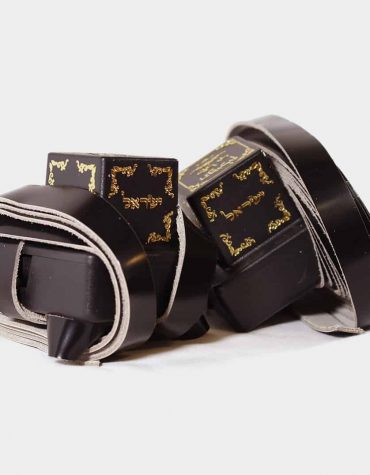 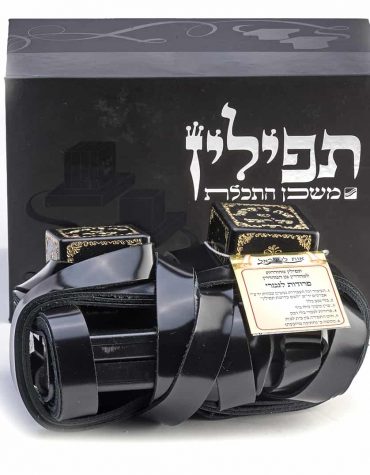 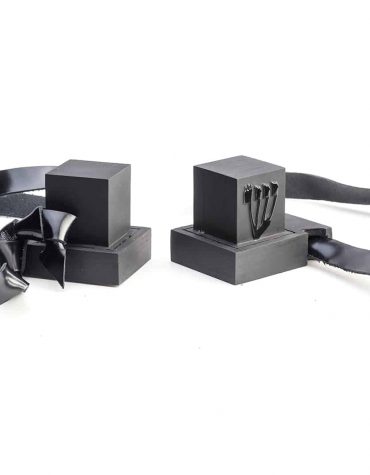 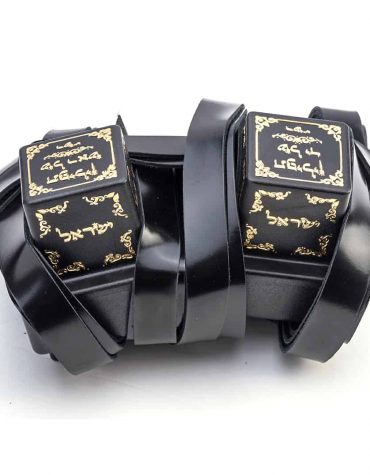 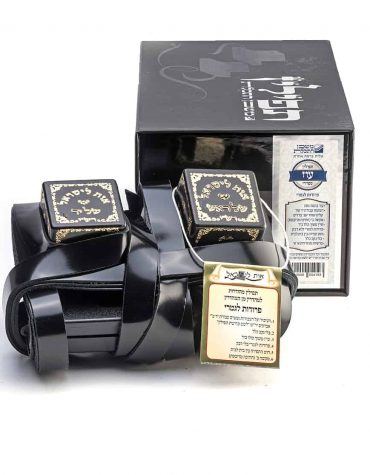 The Tefillin Written and proofread by a God-fearing Scribes

The term Tefillin refers to two leather boxes. The pair of boxes are black, and both boxes contain Hebrew parchment scrolls. A set of tefillin includes two of them. One is intended for the head, while the other is intended for the arm. Each has a very simple three-part composition. The elements are the box, the strap, and the scrolls. The Torah instructs Jewish men to bind tefillin to both the head and the arm. This is to be done daily on weekdays based on the referenced verse (Deut. 6:8). The verse reads, “You shall bind them as a sign upon your hand, and they shall be a reminder for your eyes.” Tefillin is known for being a very powerful mitzvah. The lives of many people have been impacted by their putting on of tefillin.

What’s in the Boxes?

The Torah makes four separate mentions of the mitzvah of tefillin. Each text is placed on parchment, which is then put into the tefillin. The passages all focus on the unity of God. They contain descriptions of the miracles God performed upon taking us out of Egypt.

They also discuss the fact that only God can do whatever He wants in both the physical and spiritual worlds. These texts are:

How Are Tefillin Made?

To be accepted, tefillin must be made kosher based on Jewish law. This requires the tefillin to conform to thousands of requirements. You may consider these as the details of a well-tuned spiritual machine. If one isn’t present, the machine can’t work. First, the inscriptions on the parchment must be done by a sofer, who is a specially trained scribe. Second, the parchment must come from a kosher animal and must be handmade. Third, the inscriptions must be made using a quill or a pen in black ink. Next, only special Hebrew characters are used by the sofer. Tefillin boxes contain 1594 letters. Incorrect writing, extra letters, etc., all result in invalid Tefillin. The straps and boxes are also products of kosher animal leather. Head-tefillin is constructed with four compartments, which contain the Torah selections. Hand-tefillin is made with a single chamber that displays all selections on one scroll.

Tefillin are worn by every Jewish male who is over the bar mitzvah age (13 years old).

When Are Tefillin Worn?

The mitzvah is fulfilled once the tefillin are put on between sunrise and nightfall. A Shema prayer reading is customary, and a blessing is also recited. Traditionally, tefillin are worn along with morning prayers on weekdays. During Shabbat and during major Jewish holidays such as Chol HaMoed, tefillin are not worn.

How Should Tefillin Be Worn?

The hand-tefillin is not strapped to the dominant arm. This means that lefties wear it on the right, while everyone else wears it on the left. The box is supposed to rest on the bicep, which allows it to face the heart. The strapped is wrapped seven times around the arm in a way that allows it to extend to the long finger. Note that there are numerous customs that govern how exactly the coils are positioned. Head-tefillin is worn on the head like a crown is. The box rests on the forehead’s center, which is barely above the hairline.

Mitzvahs refer to various commandments. However, it is based on the root word “tzavta.” This word means “connection.” The idea is that mitzvahs help to solidify the bond between God who issues commandments and man who performs them. This makes tefillin an ultimate mitzvah in a sense. This is because we technically bind ourselves to God. The placement of the boxes is an indicator of this. One is placed on the arm, so it rests against the heart, which is this seat of emotions. The leather strap is then wrapped around the arm and hand. The second box rests above the forehead. These placements symbolize dedication to God in every thought, feeling, and action.

In the Talmud, we read that a Jewish male who wears tefillin is categorized as a different kind of Jew. This applies even if it is worn only once throughout his lifetime. The Sages declare that Deuteronomy 28 and verse 10 speaks to the head-tefillin. It says, “All the nations of the land will see that the bane of God is called upon you.” The tefillin not only has significance for you as an individual, but it also protects the Jewish people.

The putting on of the tefillin allows for a connection to God. It is a reminder for you to be the best version of yourself. It is also a reminder to submit to the will of God.